2021 was the best year ever for tech startup funding in Africa, with more startups raising more money from more investors than any year on record. Increasingly, however, that capital is focused on the “big four” markets of Nigeria, Egypt, South Africa and Kenya.

According to the seventh edition of Disrupt Africa’s African Tech Startups Funding Report, which is available free to all as part of an open-sourcing initiative in partnership with Novastar Ventures, MFS Africa, Quona Capital, 4Di Capital, MEST Africa and Future Africa, 564 African tech startups raised a combined US$2,148,517,500 in 2021.

The wider ecosystem has seen incredible growth in terms of funded ventures and total secured capital, while individual markets and verticals also had bumper years. Yet investor attention is becoming more focused on the major markets, which is perhaps unexpected at this stage of the ecosystem’s development.

Investment into African startups may have increased substantially across 2021, but the most of the benefits are being felt by a relatively small group of countries. Africa’s “big four” startup ecosystems – Nigeria, Egypt, South Africa and Kenya – raked in a combined US$1,977,910,000 over the course of the year, 92.1 per cent of the overall total. 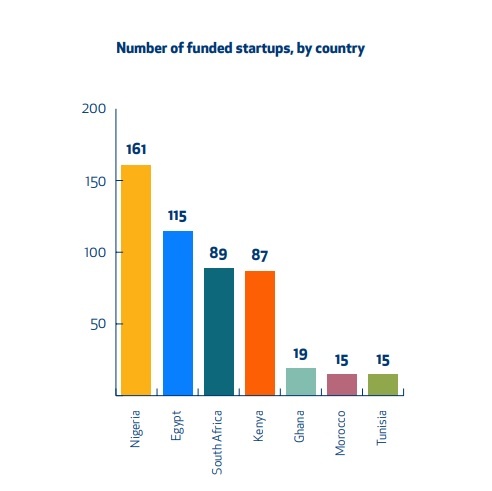 The standout performer within those four countries was Nigeria, which soared past all other countries to take top spot in 2021. In all, 161 Nigerian startups raised a huge combined total of US$903,680,000.  That total funding figure is up 501 per cent on the previous year, when Nigeria ranked second on the continent with its combined total of US$150,358,000. This year, no other country came close to Nigeria, and it contributes a whopping 42.1 per cent of total funding secured in Africa.

There were a number of exceptional standout rounds in Nigeria in 2021, which put previous records to shame. Flutterwave’s US$170 million was the biggest round of the year on the continent; TradeDepot added US$110 million to the total; Moove contributed US$63.2 million; Daystar Power US$62 million; Fairmoney US$42 million; Metro Africa Express US$31 million, and 54gene US$25 million – to name just a handful of the headliner rounds. 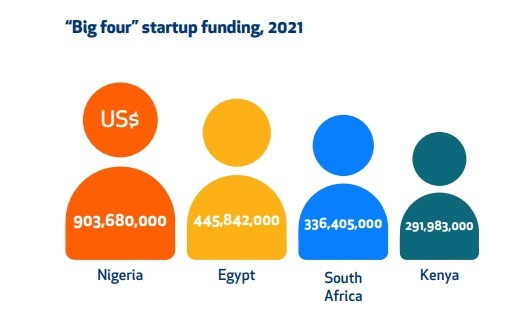 The fact that the majority of funded African ventures in 2020 heralded from just four countries does not mean there were not heightened levels of activity elsewhere. Though its share of total funding has declined, the rest of the continent is still benefiting from a trickle down effect.

These included many of the fastest growing startup funding destinations on the continent, with gigantic strides made by the likes of Zimbabwe, Uganda, Rwanda and Ivory Coast, so there are certainly many reasons for pride and optimism. Meanwhile, Algeria’s single round of 2021 was a US$30 million investment for transport startup Yassir, which ranked the North African country fifth on the continent for total funding raised!