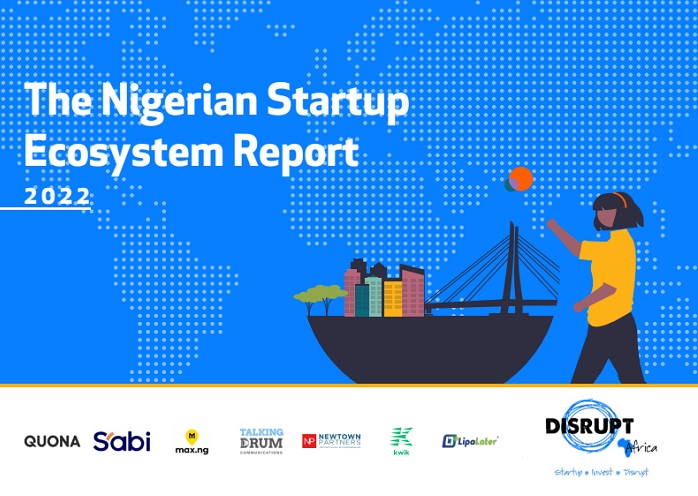 The Nigerian Startup Ecosystem Report 2022 from Disrupt Africa dives into the local ecosystem by analysing active startups, local support networks, and funding and exit activity over the last 7.5 years.

Since launching its research arm in 2016, Disrupt Africa has built up a significant portfolio of publications, most notably the African Tech Startups Funding Report and Finnovating for Africa, previously available for sale but now made available free for all via open-sourcing initiatives with various partners across the continent’s tech ecosystem.

The publication finds that at least 481 tech startups were in operation across South Africa as of September 2022, employing over 19,000 people between them. Fintech is the most populated sector, with more than one-third of the country’s tech startups active in that vertical. Almost 50 per cent of Nigerian tech startups have undergone some form of acceleration or incubation, though diversity is an issue as less than 15.6 per cent have a female co-founder.

These startups are also supported by a strong investment ecosystem. At least 383 individual Nigerian tech startups raised a combined US$2,068,709,445 in funding between January 2015 and August 2022, more than any other country in that period. Funding, both in terms of the number of startups backed and the total tally secured, has generally increased year-on-year, with total investment increasing more than four-fold between 2020 and 2021, and on course for a further big leap in 2022.

Nigerian startups are, however, only the third most successful when it comes to successful exits, with 15 ventures acquired since 2015, fewer than South Africa and Egypt.